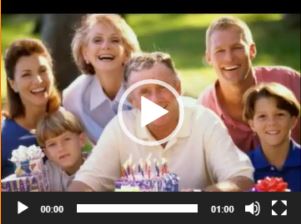 * No Medical Exam to qualify.

Can A Life Insurance Company Deny Paying A Death Claim

In some situations the life insurance policyholder can deny paying a claim, often times if there is fraud involved. For example, if the policyholder knew they suffered from a terminal illness but did not disclose that knowledge to the insurance company, then they committed fraud and the policy is subject to cancellation. Fraud or misrepresentation can be a gray area for the insurance company, but there are conditions which must be met in order for there to be a denial of claim.

Fraud can sometimes be easy or difficult to define and depends on being caught during a specific time period during which the company is obligated to pay a death benefit.

This time limit is listed in the policy, and if the fraud is discovered after that time has elapsed, the insurance company is required by law to honor the death benefits claim.

Denying Claim Due To Contestability Period

Exclusions are part of the contract and can be referred to as needed to understand the circumstances under which the company does not have to pay. Exclusions cannot be implied or hidden, so the policy must directly note the exclusions, and reviewing the policy will likely explain what those exclusions are. For example, the policy might state that the policy is void if the insured person dies while operating a boat or motorcycle. Those circumstances, in a majority of cases. Other exclusions might be part of a standard policy from the underwriting company, such as excluding suicide, meaning that the company does not have to honor the policy if the deceased killed themselves. Exclusions can actually be negotiated into the policy in order to reduce the premiums.

Some Senior Care Life Plans Have No Health Questions.

* No Medical Exam for you to qualify for coverage.

* Senior Care Plan will never cancel because of age.

* Coverage last your whole life and will never change.

* Seniors Up To Age 85 Qualifies for coverage.

Life Insurance Policy Cancellation – Your State “Free Look Laws” | Get Your Premium Back!

Can I Reinstate A Life Insurance Policy I Have Surrendered?

I am a senior on dialysis, can I get life insurance coverage?

What happens when your life insurance premium lapse. “You forgot to pay your premium”

How Is Life Insurance Premium Calculated?