* No Medical Exam to qualify. 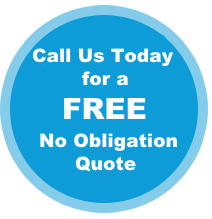 What options do I have if there is no money for burial?

If you have no money saved up for burial and have no burial insurance plan you may want to look at all possible options. According to the National Funeral Directors Association, The average funeral costs $7,181. That $7,181 includes a viewing and burial, embalming, hearse, transfer of remains, service fee and more.  If you know the inevitable is coming, prepaying can help you find more time to gather the money, and get the financial stress out of the way now.

To help reduce you funeral cost your loved ones could bring in their own flowers rather than buying them through the funeral home. Prepaying you funeral cost can be advantageous for low-income individuals facing late-life health issues by reducing their assets and allowing them to become eligible for Medicaid. You can usually pay in installments or all at once, you may want to time it a year or two before a death rather than, say, 10 years. If there’s time, prepay the funeral expenses may be a good option if you have no life insurance.

Some people are now pondering the thought of donating their bodies to science. Keep in mind that donating your body to science is different from donating organs as normally organs are taken then the body is preserved for the funeral. So if you are going to donate your body, you can’t also be an organ donor as researchers don’t want your body without the organs. Some research facilities are now offering an annual memorial service for those who have donated their body to medical science. If you prefer not to receive an urn of ashes, many will put the body in a repository for bones or bodies of the dead.

It may be strange to some, but there’s no question that people who leave their body to medical science are doing a service, and most medical research facilities that accept bodies handle all of the transportation and burial costs. Many of your costs (and sometimes all) can drop to 0 if you think a little differently about death.

No one generally wants to consider that after a lifetime of scrounging, you can’t afford to pay your final expense bill? Most funeral homes won’t honor prepaid verbal or written commitments with no burial expense paid. Despite the many honest and ethical funeral homes, there are cases where people have been billed for expenses after the funeral.

To save money you can also opt for a 20-gauge steel casket, which is priced closer to $1,000, or a cloth-covered casket, which can be found in the $500 range. If you’re low on funds, funeral directors get it, and the best of them will steer you to inexpensive alternatives. There are cheaper caskets than the many that go for $2,000 or $3,000 and higher.

Cremation is considerably cheaper than an open funeral. Like pre-planning a funeral, this is a decision best made before death. Without the memorial service, an average cremation is $725. The average cost, according to the Cremation Association of North America, is $1,650, which includes a memorial service. Costs also rise, and not all prepayment plans keep prices locked in.

Some Senior Care Life Plans Have No Health Questions.

* No Medical Exam for you to qualify for coverage.

* Senior Care Plan will never cancel because of age.

* Coverage last your whole life and will never change.

* Seniors Up To Age 85 Qualifies for coverage.

Life Insurance Policy Cancellation – Your State “Free Look Laws” | Get Your Premium Back!

Can I Reinstate A Life Insurance Policy I Have Surrendered?

I am a senior on dialysis, can I get life insurance coverage?

What happens when your life insurance premium lapse. “You forgot to pay your premium”

How Is Life Insurance Premium Calculated?

Call For A Free Quote